The Best Plumbing Service Around

Fullers Plumbing service was founded in 1955 and is a fourth generation family owned business ever since. We are proud to have served our local community for over 65 years! We are happy to take care of your Plumbing needs, from Water Heater replacement to Repiping your entire home, we can do it all! Don’t Cuss Call Us!

Proclamation from the City of Chula Vista

WHEREAS, Harry Fuller and son Edwin started with two trucks in a small building that bordered on an alley with no interior display space, they moved south of L Street and their business grew. Harry doubted that anyone would bother to drive "all the way down here" to shop for "hard to find parts". Most people living south of L Street thought they lived in the City of Chula Vista because they had a Chula Vista postal zip code, but it was a part of the County that sadly needed services such as fire and police protection. Edwin and his wife Susan supported the Montgomery area annexation to the City, putting in long hours on the 1986 succesful campaign that was the largest annexation in California history; and WHEREAS, the business grew to a fleet of four red trucks; Harry retired and Edwin and Susan ran the business with son Steve joining in 1978, and Edwin's nephew Bob Hawthorne, both as Journeymen plumbers.

A Proud Supporter of Our Community

We love Chula Vista and it shows! Throughout our history we have been an active part of the Chula Vista community, it's quality and prosperity. Participating in charitable causes and supporting our small city are what drive our purpose. We are grateful to have received the recognition and awards such as 'Best Plumber of South County' Gold Star,"The Excellence in Community Service Award", The 'Daily Points of Light' award, "Christmas in October" service award and many for our long standing relationship of supporting on participating in Little League Baseball. When they aren't fixing water heaters or replacing garbage disposals . Surfing is a lifestyle for the Fuller family and being active in ocean conservancy and protecting the San Diego beaches. 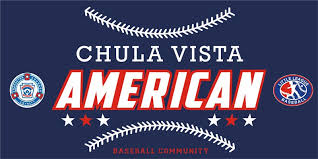 Our priority is to help our customers and exceed their expectations!

When you’ve got a plumbing problem, you need professional assistance—fast. At Fuller's Plumbing®, we’ve got you covered. As your local Chula Vista plumbing company, we’re prepared to handle just about any plumbing problem you have, from clogged drains to broken water heaters to backed-up toilets. We can even take on the big projects like broken pipes and leaky sewer lines with expertise and experience you can trust.

At Fuller's Plumbing, we know your time is valuable. That’s why we carry out all of our expert plumbing services in a timely, reliable manner. Whether you need new system installation, extensive repairs or replacement, or even simple plumbing maintenance, our team of highly-trained plumbers is ready to help.

Need plumbing services in Chula Vista and South Bay? Call us at today to find out how we can help!

What Makes Us Different

At Fullers Plumbing, our customers come first. When you trust us with your Chula Vista plumbing service, we’ll make sure that you’re completely satisfied with the quality of our work—we even guarantee it! We stand behind all our work with built-in guarantees for your peace of mind.

We go above and beyond for our customers by offering:

When you turn to Fuller's Plumbing for your Chula Vista plumbing service, you can rest assured that you’re receiving superior service from one of the best plumbing teams in the industry. Our number one goal is to get you the fast, reliable plumbing service you need. In fact, our motto is, so “Don't cuss, call us” before your small plumbing problems become bigger! With our team, you can trust that you’ll get the job done right.